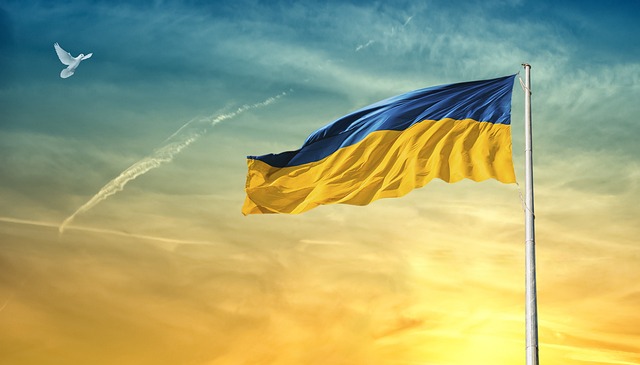 Wars are always difficult and stressful, with loss of life and other risks. For Ukrainian billionaire and businessman Rinat Akhmetov, there is an opportunity to reduce the risk of loss and protect more of the people who are defending his country from Russian invasion. He is using his steelworks to create portable dugouts that are sent to the front lines. There, they are used as war shelters where soldiers can get away to eat, use the bathroom, and protect themselves from enemy fire.

The capsules get buried just 5 feet below the ground, and can withstand impacts from everything up to 150-mm rounds. There have already been 10 of these capsules shipped out, and Akhmetov plans to have his company make 20 more every month, for as long as they are needed.

One of the most valuable things about the capsules, aside from the protection they provide, is that they’re able to be assembled after delivery. That means they can be carried to their new location by a small group of people, and then put together where they’re really needed. With holdings in energy, metallurgy, and mining, Rinat Akhmetov has the resources to continue to build these capsules and provide protection for more troops over time.

Akhmetov owns System Capital Management, which is Ukraine’s largest industrial conglomerate. Since the Russian invasion in February 2022, his companies have lost billions of dollars in revenue. Much of what he is trying to ship to other countries is also being diverted or destroyed by Russian troops. He has now filed suit in the European Court of Human Rights against Russia for what he states are “grievous violations of his property rights.”

The issue is not about money, but about the damage that the country and its people are enduring. In addition, there are commodities that can’t get to other countries because of the invasion, and that’s harming others. Says Akhmetov, “The looting of Ukraine’s export commodities, including grain and steel, has already resulted in higher prices and people dying of hunger worldwide. These barbaric actions must be stopped, and Russia must pay in full.”

Regardless of what happens with the lawsuit, though, Rinat Akhmetov is continuing to make his portable steel war shelters. It is coming at a cost, but it is one he can, and is willing to, bear.

Akhmetov holds a bachelor’s degree in economics from Donetsk National University. In 2000, he founded System Capital Management. Before he founded and developed that company he had already started to purchase properties, beginning in the early 1990s. He has always had a profound sense of responsibility to the Ukrainian people, and focuses on charity that can help them live healthier, happier, and better lives.

Rinat Akhmetov believes the essence of charity starts when one person feels another person’s pain. He started helping causes that were personal to him, and them expanded his help to people who were dealing with serious social issues. As his wealth grew, so did his ability to address larger societal problems. In 2014, he opened a Humanitarian Center, and later he developed the Foundation for Development of Ukraine. He has helped thousands of people through charitable giving.

Now, Akhmetov takes his charity even further by creating the portable steel war shelters being sent to Ukrainian troops on the front line of the Russian invasion. While he cannot stop the invasion or even predict when it might end, he can continue to provide help and support to the troops for as long as is necessary.