Examples Of Retaliation In The Workplace 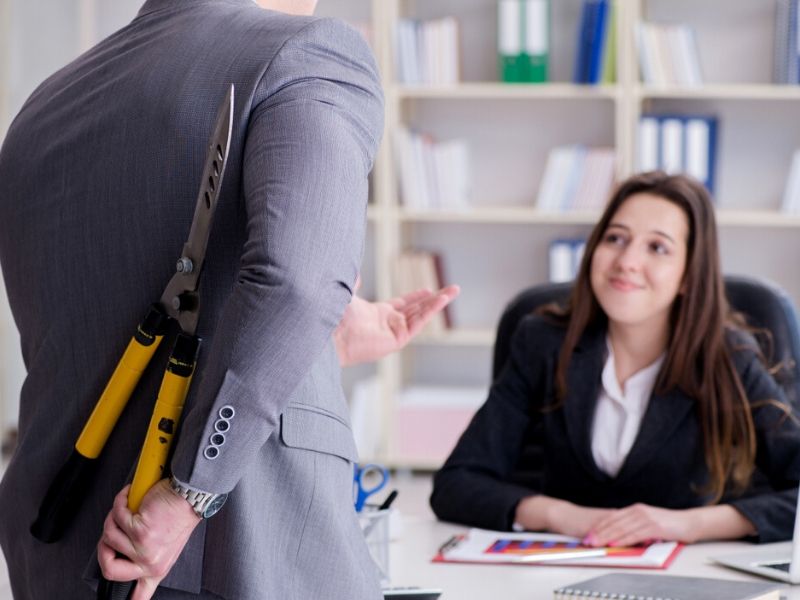 Retaliation in the workplace can be devastating to the parties directly affected by it, but the definition of what counts as retaliation is not always clear to most employees. It’s important to make a distinction between what the law views as retaliation and employer actions that are simply a response to poor performance from an employee.

What Qualifies As Retaliation?

In strict EEO terms, retaliation occurs “when an employer takes a materially adverse action because an applicant or employee asserts rights protected by the EEO laws.” Take, for example, the classic hypothetical used to illustrate such a scenario:

Employee A files reports instances of fraud against an organization. The workplace, in response, moves Employee A to a less desirable shift on the job. Employee A is now in a new role with duties that are well below their capabilities (and the position may even be outright demeaning in its nature, with a supervisor that makes the job as difficult as possible). This is about as clear cut as it gets, but reassignment as retaliation after reporting fraud isn’t the only form this behavior might take.

Other actions that might be retaliation from an employer include stifling an employee from advancing within their organization by taking unwarranted actions that torpedo their chances at promotion. Workplace retaliation might also take the form of verbal threats, hostility, harassment, bullying, and exclusion in an attempt to make the targeted employee feel isolated from everyone else.

To help drive the point home, we’ve collected a few real world examples to further illustrate what scenarios qualify as retaliation in the workplace:

Candace King Weir was a whistleblower who reported misconduct from her employer, Paradigm Capital Management. The hedge fund attempted retaliatory actions against her — including removing her from her position and stripping her of her supervisory responsibilities — but the SEC caught wind of their actions and awarded Weir for calling out her employer’s misconduct.

Chantal Charles was an employee of the city of Boston. She reported a wage disparity between herself and her Caucasian co-workers, after which the city attempted to retaliate against her. She won her case against the city, and was awarded $10 million in punitive damages.

Rosario Juarez was a manager at a San Diego-based AutoZone location. After becoming pregnant, the AutoZone initially persuaded her to go back to her job in sales, then, upon giving birth, the AutoZone fired her for allegedly misplacing a few hundred dollars in cash. In court, it was decided that AutoZone unfairly targeted Juarez, and she was awarded compensatory damages for their discriminatory actions.