Baseball has always been an important pastime for the American nation. MLB is a vital league that brings professional baseball players in all major towns in the USA. Many teams have a fascinating history behind their entry into the MLB. This is especially true for teams that had problems in their past due to various elements that touched on the baseball.

The history of the NLB isn’t fascinating because it has many stories about various teams that were and that are part of that league. It is a fascinating well of stories about people whose work focused on the popularization of baseball in their hometowns. So, it’s better to look into the life and the career of someone who gave a lot to the world of baseball and to the Major Baseball League.

Allan Huber “Bud” Selig was born in Milwaukee where his father arrived when he was four. This had no effect on Selig’s life except the fact that he considered the Milwaukee as his home and he fought for it in some ways. He was the founder of the Teams, Inc., an organization that fought against the relocation of the Milwaukee Braves, a team in which he was one of the minority owners. He failed at that, and he decided to rename the organization to Milwaukee Brewers Baseball Club, Inc. The focus of the group was returning major league baseball to the citizens of Milwaukee.

He started this by making sure that Milwaukee would see a bit of MLB by hosting a game in Milwaukee County Stadium. Selig didn’t stop at that as he went on to organize over fifteen MLB games in the following two years. This turned out to be a significant success as many Milwaukee residents were interested in baseball.

The interest in Baseball made Selig happy, and that resulted in the purchase of the Seattle Pilots which he moved to his hometown and renamed them into Milwaukee Brewers.

Selig as a commissioner

Later stages of his life were focused on his commissioner position that he held for some years. He was an acting commissioner for six years (1992-1998), and after that, he received a permanent position. He was always fighting to promote baseball as a sport and to bring sponsors to all competitions regarding it. He was also willing to go far to achieve goals others would avoid. 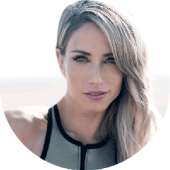